Monk seal, Monachus monachus, PORTUGAL/DESERTAS ISLANDS, MADEIRA NATURAL PARKA unique image that gives hope for the future of this, the World’s most endangered seal species. Once very common all around the Mediterranean and the Black Sea, depicted already on Greek coins from 500 BC, there are today less than 600 individuals left. Depleted by commercial harvesting since Roman times, and persecuted by fishermen ever since. Here in the Desertas Islands, their numbers were down to just 6 individuals in 1988. Now there are 36. A great improvement but still an alarmingly small and very vulnerable group. 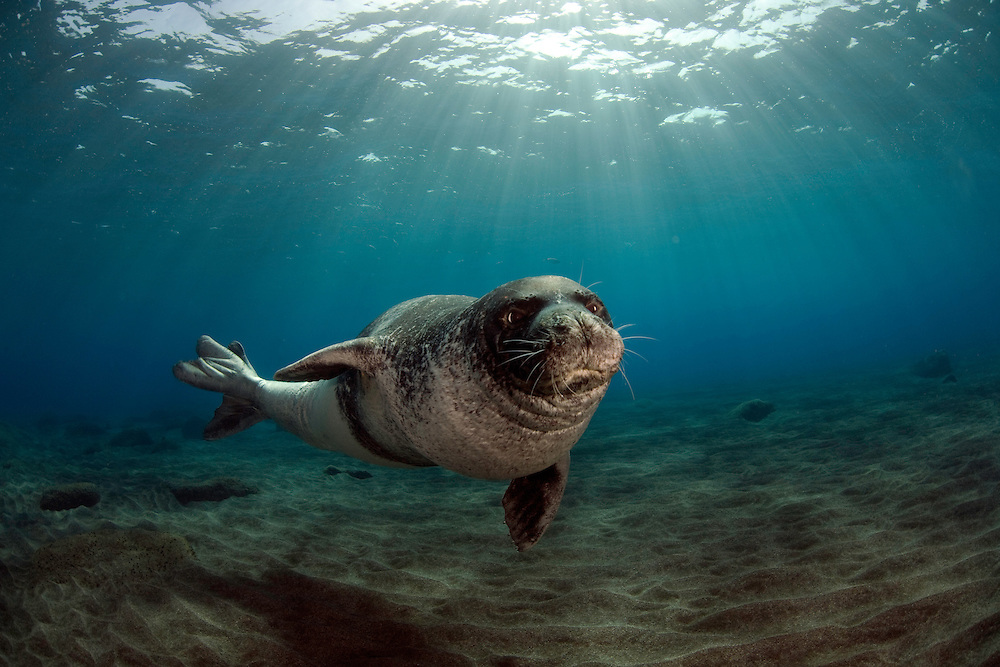